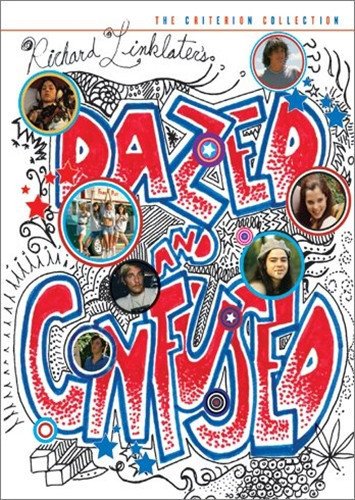 Rites of passage like hazing mark the last day of school before 1976 summer break for Texas teens.

You remember high school? Really remember? If you think you do, watch this film: it'll all really come racing back. After changing the world with the generation-defining "i"Slacker, director Richard Linklater turned his free-range vÃ©ritÃ© sensibility on the 1970s. As before, his all-seeing camera meanders across a landscape studded with goofy pop culture references and poignant glimpses of human nature. Only this time around, he's spreading a thick layer of nostalgia over the lens (and across the soundtrack). It's as if Fast Times at Ridgemont High was directed by Jean-Luc Godard. The story deals with a group of friends on the last day of high school, 1976. Good-natured football star Randall "Pink" Floyd navigates effortlessly between the warring worlds of jocks, stoners, wannabes, and rockers with girlfriend and new-freshman buddy in tow. Surprisingly, it's not a coming-of-age movie, but a film that dares ask the eternal, overwhelming, adolescent question, "What happens next?" It's a little too honest to be a light comedy (representative quote: "If I ever say these were the best years of my life, remind me to kill myself."). But it's also way too much fun (remember souped-up Corvettes and bicentennial madness?) to be just another existential-essay-on-celluloid. --Grant Balfour

On the DVD
With a perfect combination of awesome '70s-era packaging and a totally rockin' selection of bonus features, the Criterion Collection's director-approved special edition two-disc release of Dazed and Confused instantly qualifies as one of the very best DVDs of 2006--the 30th anniversary of the Bicentennial, man! That's what I'm talkin' about! As a sublime companion piece to Criterion's release of Richard Linklater's previous film Slacker, the set comes in a slipcase (complete with "Physical Graffiti"-like picture-windows) festooned with Flair-pen high-school "doodling" (just like you'd scribble on your Pee Chee folders, back in the day), and the features get off on a high note (kinda like Slater, y'know?) with writer-director Linklater's feature-length commentary, which offers all aspiring filmmakers an important lesson protecting your vision and knowing when not to compromise. In recalling the many struggles he endured during production, Linklater covers a lot of territory (notes from the studio, the fantasy abundance of muscle cars, selection of music, and his acute disappointment when Robert Plant--but not Jimmy Page--refused to allow Led Zeppelin songs to be used in the film), and his engaging, good-humored perspective (and appropriate sense of vindication) clearly arises from his film's eventual acceptance as a classic. (For all you film buffs out there, Linklater quite rightly recommends Tim Hunter's Over the Edge and Lindsay Anderson's "i"If... as "great teenage films" that defined the genre before "i"Dazed.) The film itself never looked or sounded better (Linklater and cinematographer Lee Daniel supervised the high-def digital transfer), and a generous selection of deleted scenes will be welcomed by the film's legion of loyal fans.

The Disc 2 supplements are highlighted by Making "Dazed", filmmaker Kahane Corn's decade-in-the-making 50-minute documentary, chronicling all aspects of the production from casting to the "i"Dazed tenth-anniversary celebration in Austin, Texas, in 2003. "Beer Bust at the Moon Tower" allows random viewing of a 118-minute compilation of behind-the-scenes footage, on-set interviews (with cast members both in and out of character), audition footage, and recollections from the anniversary bash. The accompanying 72-page booklet is a Criterion master-stroke: Designed like a small-scale high-school yearbook, it's filled with more "doodling" artwork, lots of photos, three appreciative mini-essays (the best being by journalist/author Chuck Klosterman), recollections by cast and crew, and humorous "Profiles in Confusion" portraits of the characters in Dazed, reprinted from the film's similarly designed companion book. It's all topped off by a miniature reproduction of the film's original poster, designed by Frank Kozik. In terms of capturing "The Spirit of '76" and the film's celebratory sense of anti-nostalgia, this is surely one of Criterion's finest releases to date. --Jeff Shannon

McMillan offers our customers two ways to purchase a McMillan stock. Buy our most popular stocks in inventory in our Retail Store or select a McMillan special, one-of-a-kind stock offered on the individual stock pages.
Build Now

All stocks are hand crafted and no two color patterns will look exactly the same. The paint we use is an industrial grade, non-slip pebble finish similar to that found on power tools, office machines and industrial equipment.
View All

A Family Legacy by McMillan Some of John Davidson’s earliest

Paul Phillips Shares his Love of ELR with his Daughter Addison

Paul Phillips Shares his Love of ELR with his Daughter

The Guardian Ireland Match by McMillan   On September 28–29,

A Vision of Global ELR: King of 2 Miles in France

A Vision of Global ELR: King of 2 Miles in