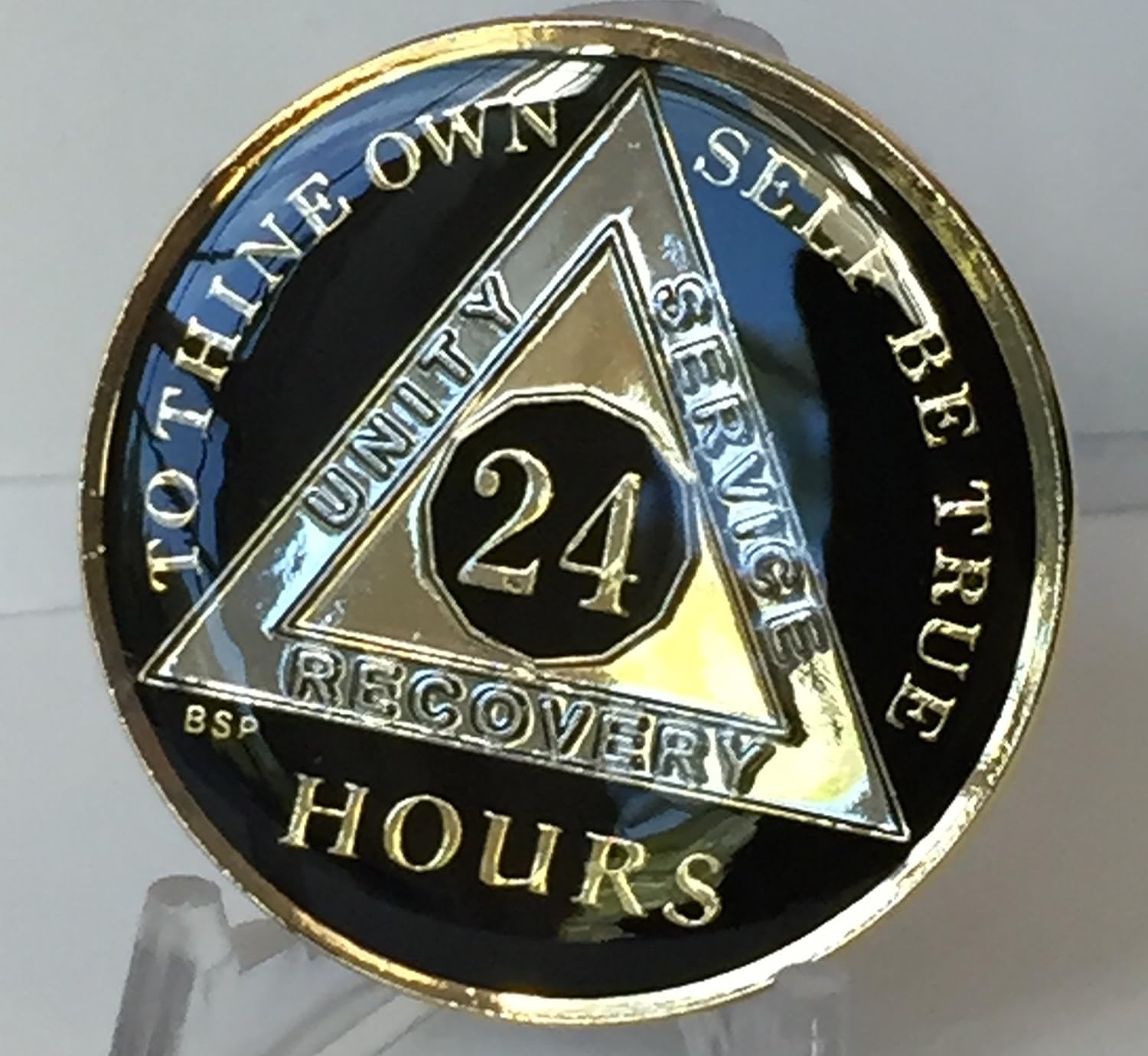 Stunning AA 24 Hours Medallion. Classic Black color very glossy. Tri Plate means this is a bronze base with Gold amp; Nickel Plating. My customers have often said "Nice Weight" really feels like a premium medallion. Back has The Serenity Prayer