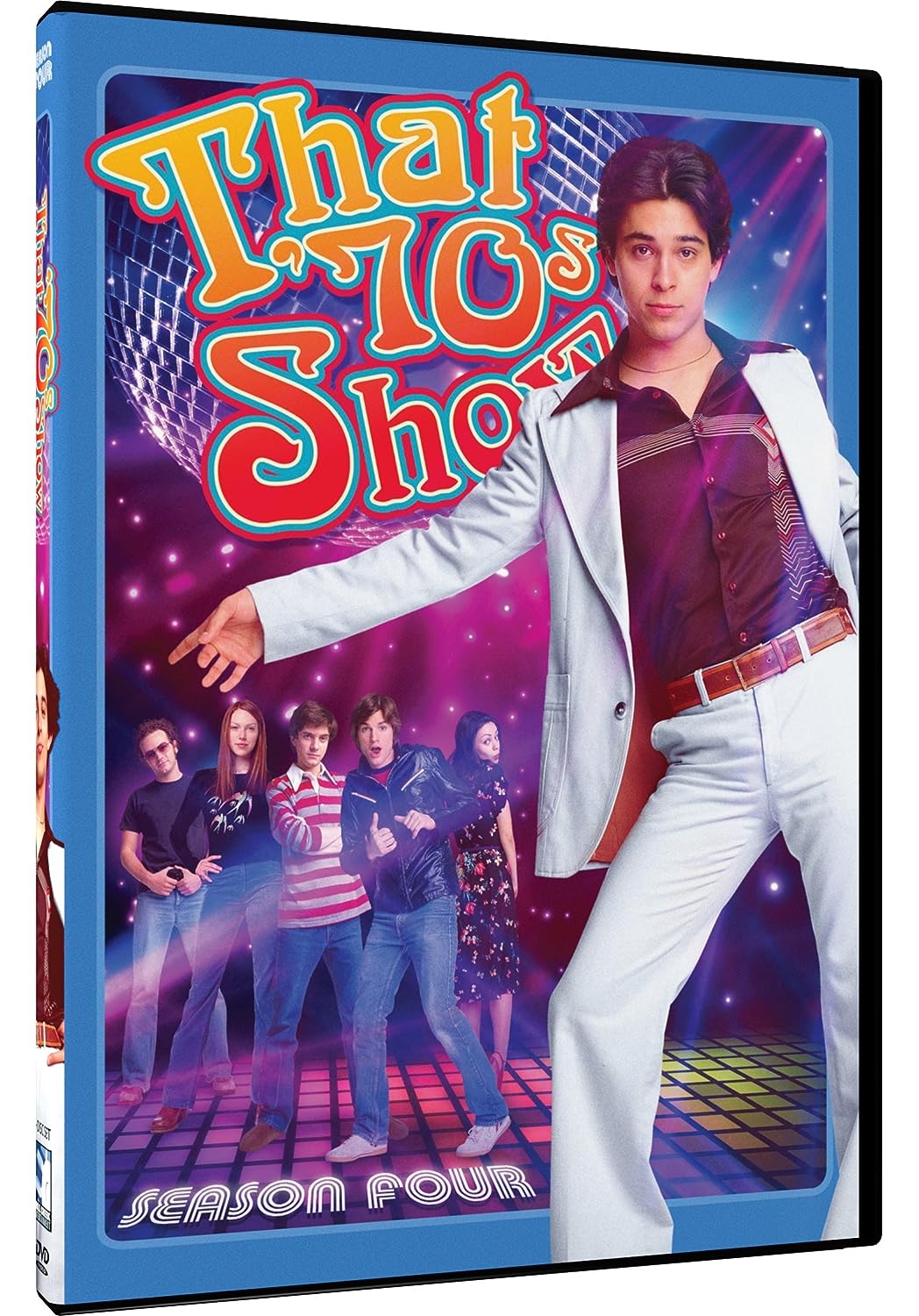 The cast is goofy as ever and there are a number of guest stars and reoccurring characters to spice things up. Fans of the series should appreciate the chance to see season four in its entirety. - DVDTalk
Boogie on down to the basement for another groovy season with our favorite friends from the 70s, Eric (Topher Grace), Donna (Laura Prepon), Fez (Wilmer Valderrama), Hyde (Danny Masterson), Jackie (Mila Kunis) and Kelso (Ashton Kutcher). Life in the '70s continues as the crew deals with the after effects of Eric and Donna's break-up and Eric doesn't want Donna in the basement anymore, Hyde moves back in with the Forman's, Kitty decides to re-do the basement and Donna decides to relocate to California.