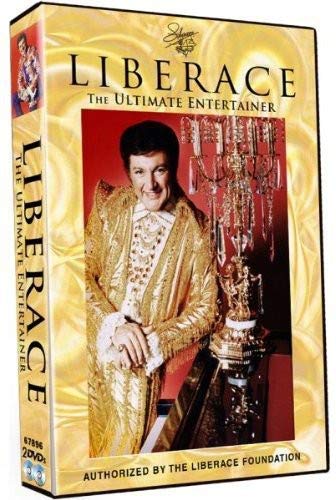 In the pantheon of American musical idols, there is no one who compares with Liberace. He was the ultimate showman; he made sure his shows were full of gorgeous dancing girls, swirling lights and stunning colors. Naturally, Liberace was at his grand piano with his trademark candelabra. Liberace's flamboyant and unique style, imbued with subtle humor and grace, captivated audiences around the world, regardless of what genre of music he was playing. Liberace's fame led him to play packed venues internationally from London, to New York, to Hollywood. Remarkably, Liberace still holds the title of the highest paid solo pianist and musician ever for a single night's performance in the Guinness Book of World Records, which took place at Madison Square Garden, New York City in 1954.

In 1952, as a summer replacement for Dinah Shore, Liberace began his first television show. This led to him becoming a regular on television, bringing his dazzling showmanship and sense of style right into the home. Liberace was one of the first television stars to go into syndication. By 1954, he was appearing on 217 American stations and in 20 foreign countries.

This very special 2 DVD set brings you the best of Liberace. Included are shows taped before live audiences in London in the 1960's and Liberace performing some of the world's most beloved songs. Everything Liberace is here on these 2 DVDs, from the spectacular girls and the glittering costumes, to the fun and joyous music of Liberace and his musicians (led by his brother George). His guests, George Gobel, Minnie Pearl, Eva Gabor, Jack Benny, Phyllis Diller and many more, join in the fun with Liberace.

As an added bonus to the two performance-packed DVDs in this set, we have included these rare and delightful extras featuring Liberace at his finest.

Liberace's home movies George, Liberace's brother, appeared regularly on his syndicated television show as a violin accompanist and orchestral arranger. In these rare home movies, filmed by George and others, we are invited to watch Liberace at work and play.

Liberace's Wild Wardrobe A fascinating look at some of the hundreds of dazzling costumes worn by the colorful Liberace over the years. "b" The History of the Piano Liberace takes viewers on a trip through the history of piano: from its invention in 1700, to the modern 88 Key Grand Piano, with musical selections from each period of development. Color and Bamp;W

Avail your complimentary Times Prime membership for 1 year worth ₹999

Does the Evergrande turmoil in China have implications for India?
Devina Mehra | Chairperson and Managing Director, First Global
ET STOCK INSIGHTS FOR THE DAY

The hows and whys

Is permanent WFH possible in India?

View: India needs a new pedagogy, not any Kota factory
View: Back home happy with Biden Bhai
View: Why it's time for India to give Modern Monetary Theory a chance

What Emma Raducanu can learn from Roger Bannister is to not be unidimensional
Kohli move to resign as T20 skipper after World Cup could affect India’s performance
Why India’s IPL and World T20 bound players cannot afford to test positive in England
Are we treating our international cricketers and sportspersons like gladiators?
Opinion »

Stories you don't want to missPOWERED BY MEDIAWIRE

Be part of Australia India Business Exchange 2021, join here
Why is there a rise of institutional investors in Crypto-ventures
How CRED pay is maximising the utility of CRED coins

U Gro Capital on hiring drive; plans to double workforce by end FY-22
India reports 29% surge in employment across nine sectors in June quarter: Labour ministry survey
Looking for a job? TCS is offering a free course to improve your employability skills. Here are details
Jobs/Careers »
BrowseCompanies:
ABCDEFGHIJKLMNOPQRSTUVWXYZ
123456789
BACK TO TOP