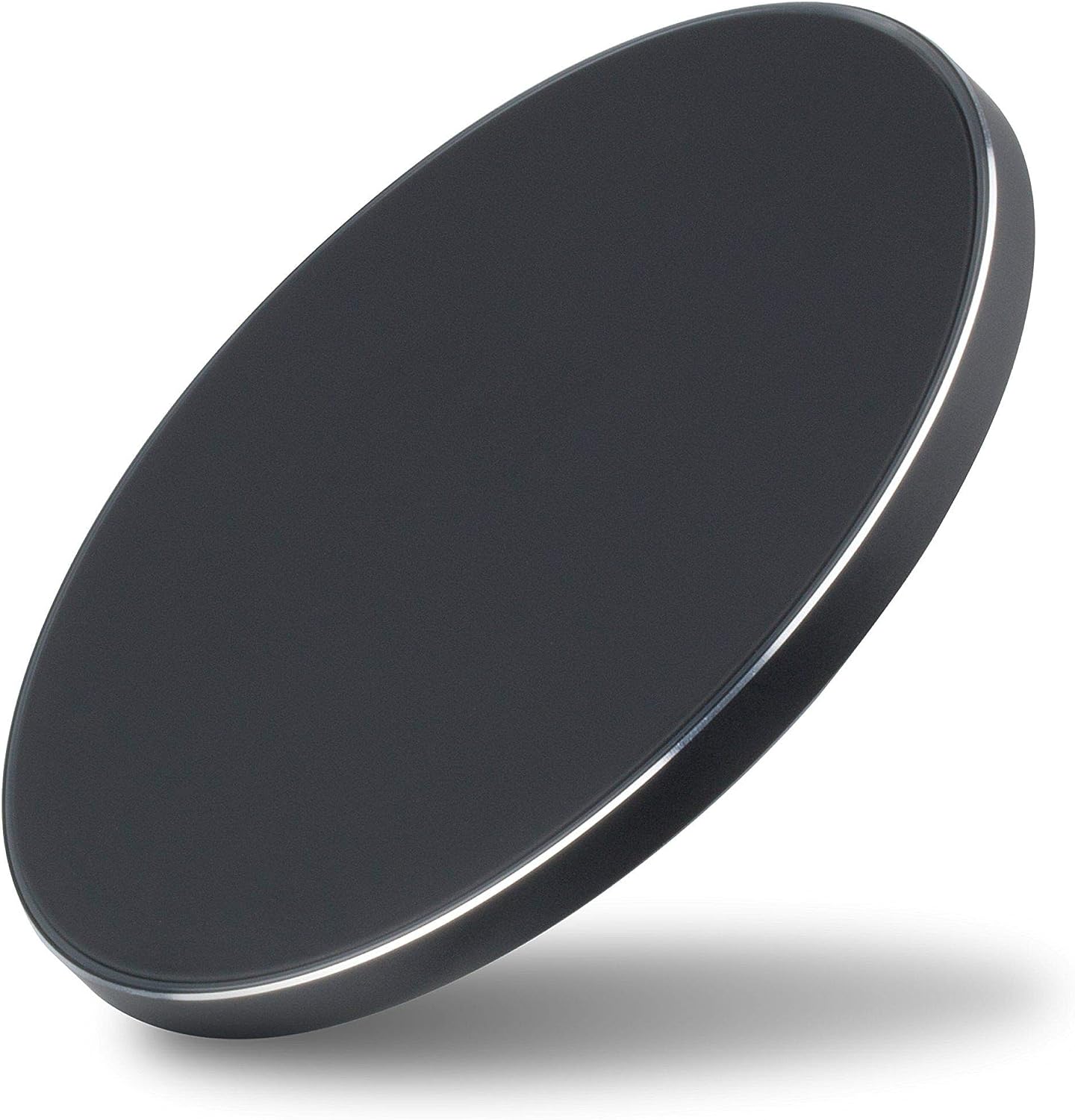 Losing battery life can be such a hassle and a bummer!

Stay charged without all the tangled wires! Get yourself ATamp;T electronics' wireless charger pad, WC50. Simply place your device with Qi technology onto the charging pad and your device will start charging immediately!"br""br""strong"Hereâs why you should get yourself one: "br""br""strong"â Convenient - Charge without the need for extra accessories like extra cables and such. Just bring this unit and its included micro USB cable with you and be ready to charge anytime! "br""strong"â Slim design - Because of its slim design and sleek design, the WC50 will take up minimal space on your desk and fit seamlessly at home or at the office"br""strong"â Charge in absolutely no time - This charger supports up to 5W charging, allowing you to fill up your deviceâs battery in a matter of minutes!"br""br""strong"Donât miss out on important messages by having a dead phone. Always be ready to charge and keep your phone awake! Click the add to cart button now!

ATamp;T electronics has consistently provided innovative, reliable, high-quality products to carry out the brand mission to connect people with their world.

Charge your electronic devices with convenient wireless charger pad, WC50. Simply place your device with Qi technology onto the charging pad and your device with start charging immediately. Say goodbye to tangled charging cables and enjoy the convenient and cable-free way of charging your devices. The slim and sleek design makes this Qi wireless charging pad will take up minimal space on your desk and its elegant design will make fit seamlessly at home or at the office.

1. Why is my phone charging slow? It charges at the speed of 5W and usually take 3-4 hours to fully charge your smartphone with a compatible wall adapter, depending on the phoneâs battery capacity. It would be slower than wired charging. If the charging seems slower, you can remove phone case and place the smartphone exactly in center of the charging pad.

2. Why is my phone heating up? It is normal for the receiving coil to heat up during the wireless charging. If the heating continues, take off your phone case. Reducing the phoneâs background applications may improve the charging speed. Charging with incompatible adapter may also lead to heating of the wireless charger and smartphone. We recommend to use 5V, 2.4 Amp USB Adapter.

3. The wireless chargers lights keeps blinking after I place my phone on the pad, why is that happening? - Check if your phone is Qi-certified as the wireless charger is compatible with Qi-Certified smartphones only. - Check if the phone case is of more than 4mm thickness or contains any metal/magnetic clip or stand, please remove it. - Place the smartphone in the center of the pad.

GILL Race Cap: I know this if off topic but I'm looking into starting my own blog and was wondering what all is needed t...