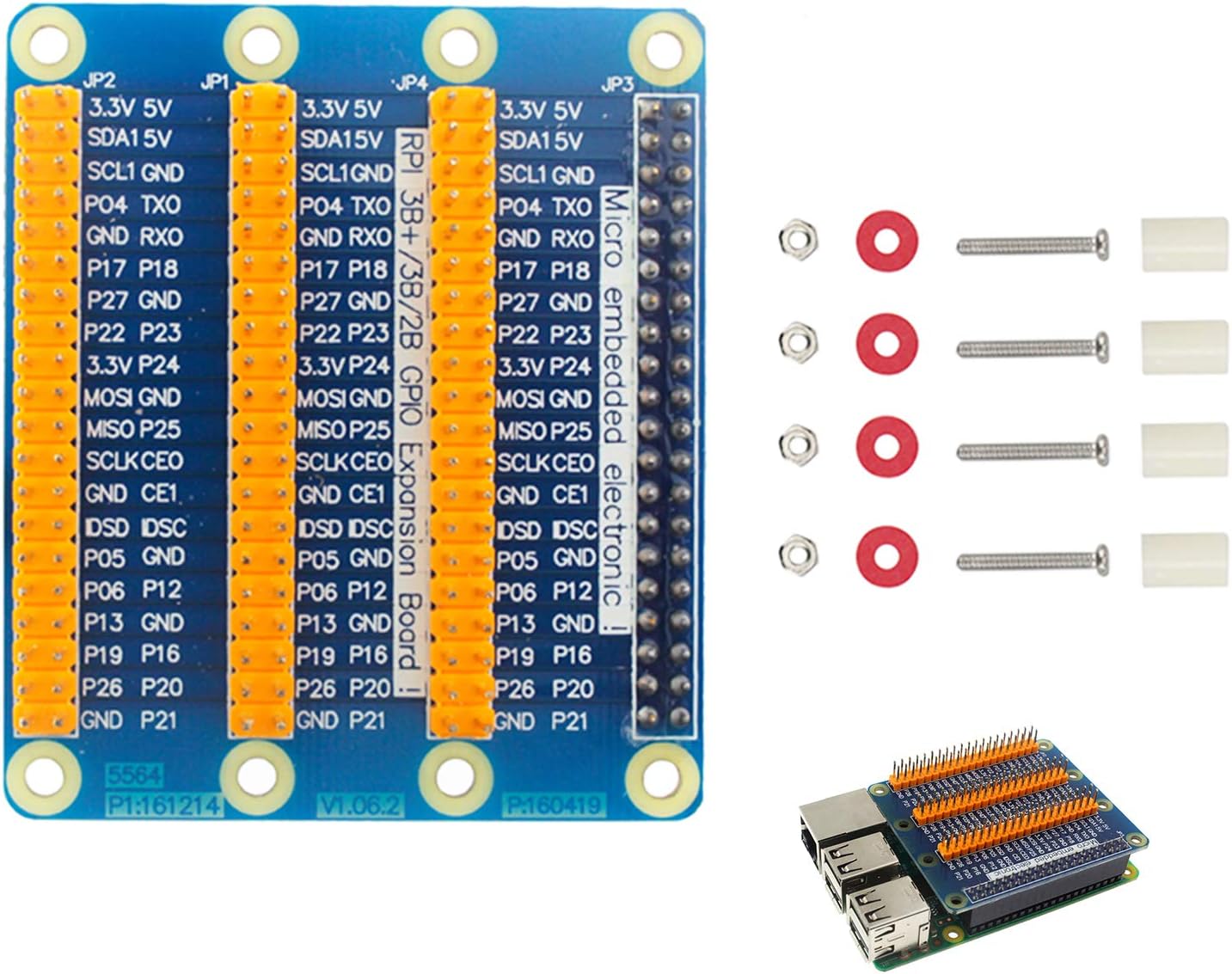 Universal GPIO expansion board, compatible with raspberry pi 4b/3/2/1

One row GPIO port could change to be three rows GPIO ports, will makes your experiment easier and more convenient