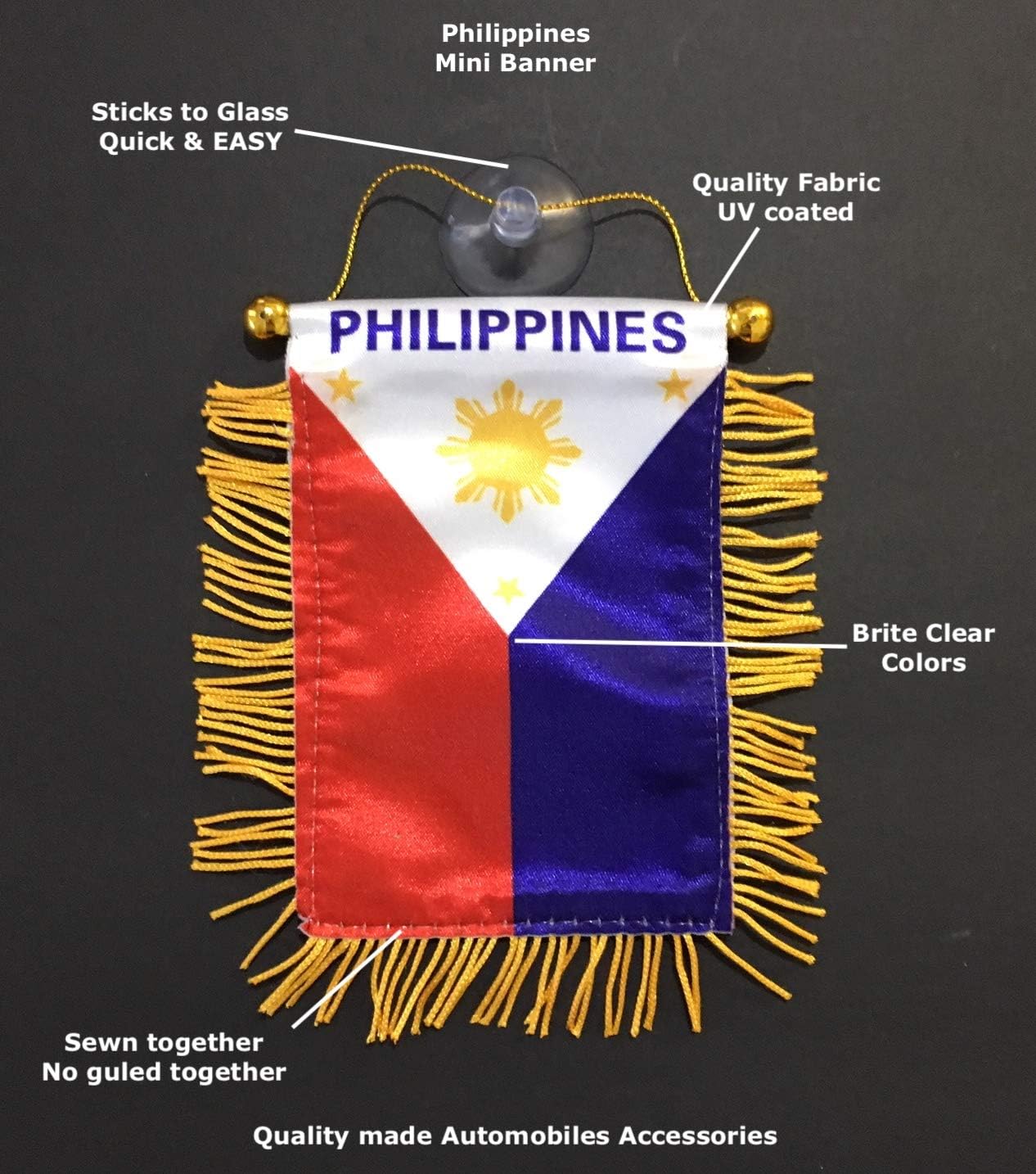 PHILIPPINES Car flag, Fits any Automobile Car Or Home Use Philippines - You are getting A well Made small Flag We use quality Fabric and is SEWN o 3 Sides Not Glued together Designed to Last Comes With A STRONG Suction cup That will Stick to Glass or Metal well Designed and Made