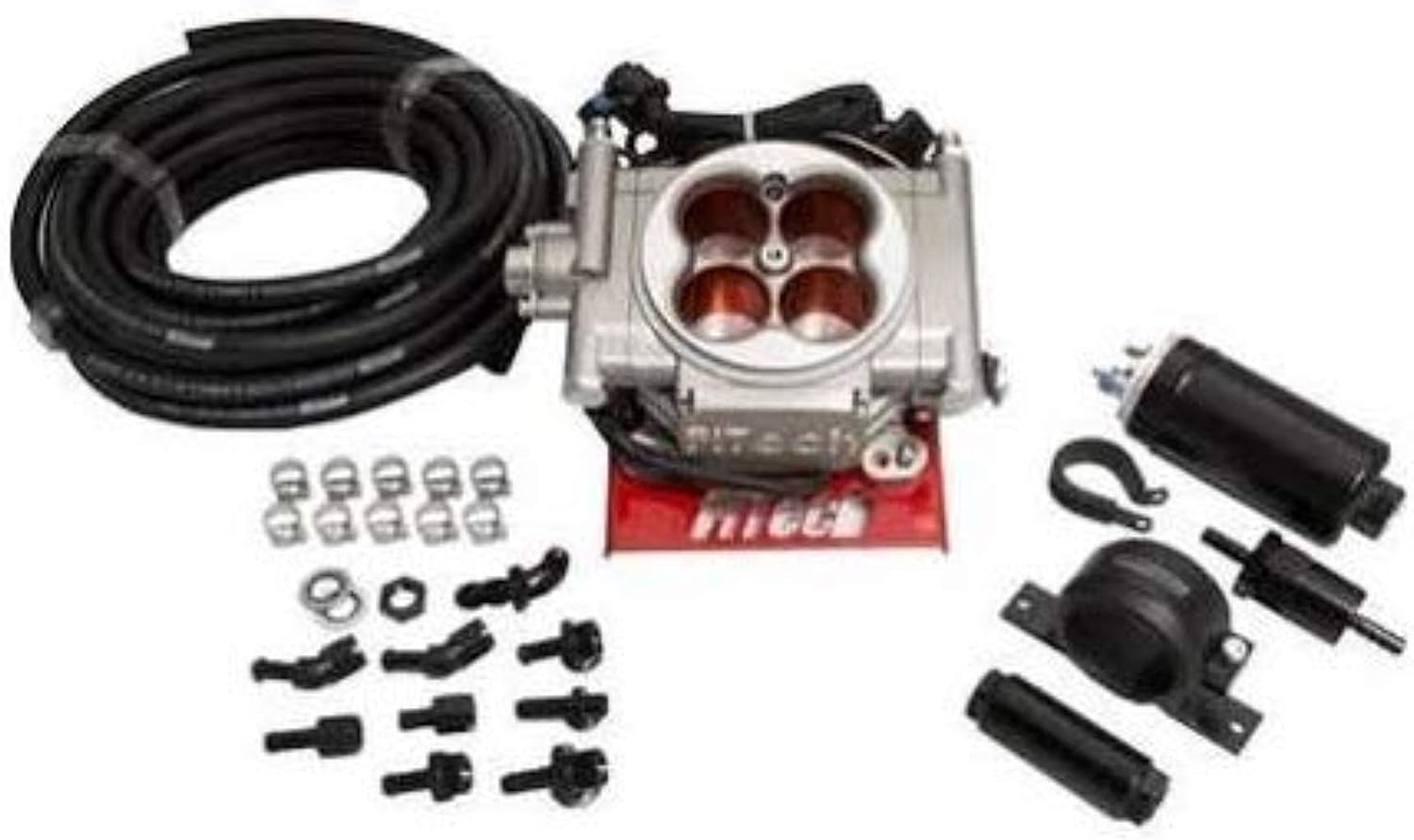 The Game Changer has arrived from FiTech with its latest addition to the line of Go EFI Throttle Body EFI systems. FiTech recognizes that not everyone needs or has 600HP or a wild camshaft. There is a large group of enthusiasts who are happy with their ZZ4 crate engine or their â66 Mustangâs factory engine, but still want the advantage that EFI has to deliver. Fitech has taken your needs into consideration and built an EFI designed just for that purpose.

The Go Street EFI is a ready-to-run system that strays away from the programmable features and sticks to the basic functions necessary to get the best performance and economy out of your street and mild performance engine. FiTech once again allows you to ditch that old carburetor and advance into the EFI world at the most affordable price on the planet! Leave it to the experts in affordable EFI, we are always looking for ways to save our customers money while delivering the BEST performance possible!

The Fuel Delivery Kit includes an EFI grade 255 L/PH inline external fuel pump that is suitable for engines making up to 600 HP. (Note that some of our EFI kits are limited to less than 750 HP due to maximum usable injector sizes). This kit also includes 20-feet of EFI grade fuel hose suitable for both the inlet and return lines between the fuel tank and the engine. The kit includes two billet fuel filters. The filters include a 100 micron pre-filter and a 30 micron post filter. The hose and hose ends are push lock style for easy assembly. The hose is high pressure EFI grade.