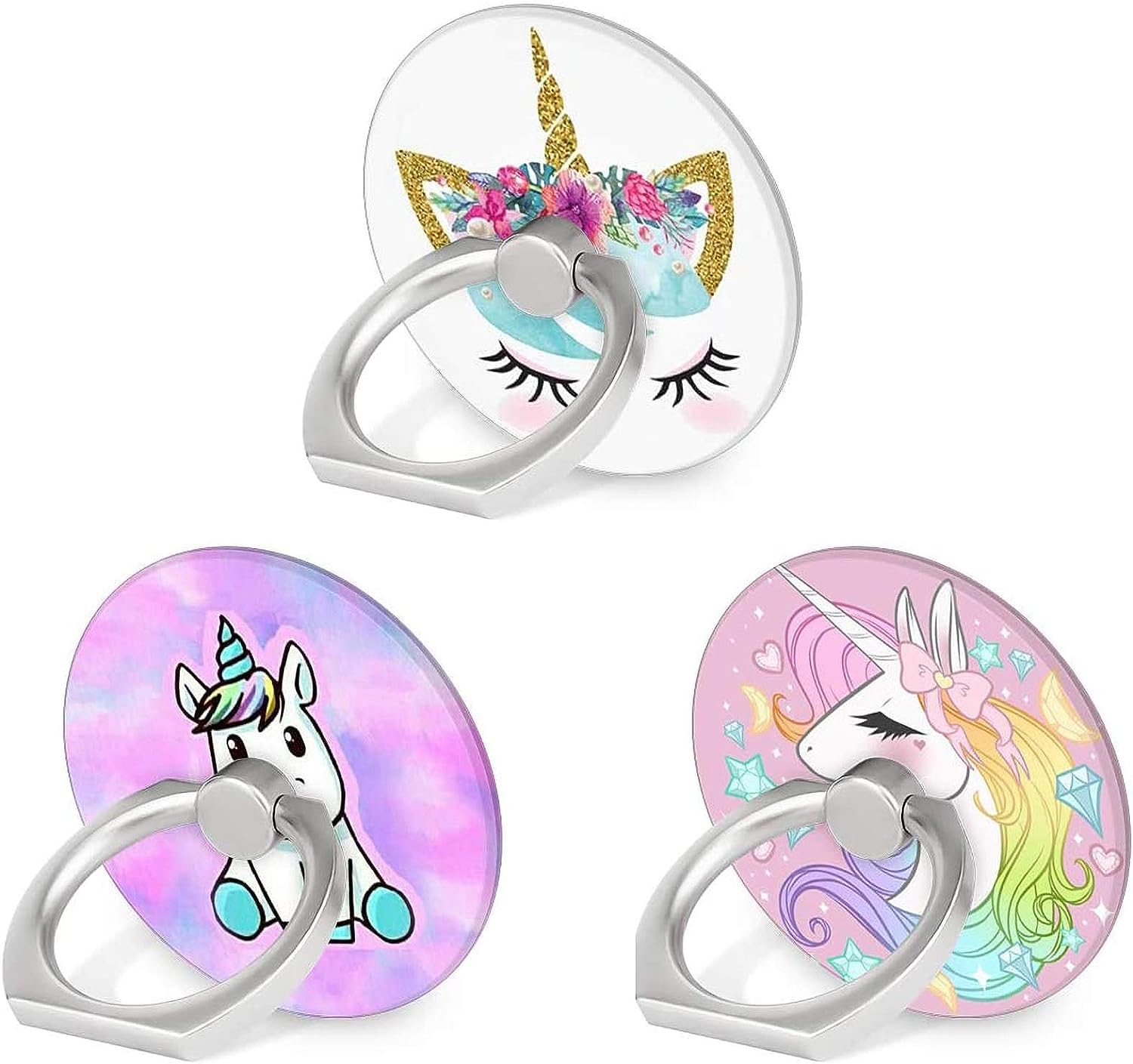 Little Phone Ring Stand Holder Makes Easier Life
As a finger grip: Easily hold your phone to text and play without falling.
As a kickstand: Help your phone to stand on table when watch videos.
As a cable winder: Wind earphone cables on the ring to manage messy cables.

Durable Material
Made of sturdy ABS material with comfortable and smooth touch feeling, the advanced adhesive is easy to remove the dust.

How to Correctly Skillfully Use Phone Ring Stand ?
1. Fully clean the back of the phone and phone case.
2. Peel off the film on the adhesive and stick it on your phone or case.
3. Gently press to ensure adhesive firmly and fully stick on the phone or case.
4. Rest it for 24 hours and then you can freely grip it.

How to remove the holder?
Gently scrape the four corners of the stand with a hard card.
Pull up the ring stand with little force from one direction.
If there are adhesive residues leave on the surface, use tissue todip some alcohol or hot water to gently wipe them.