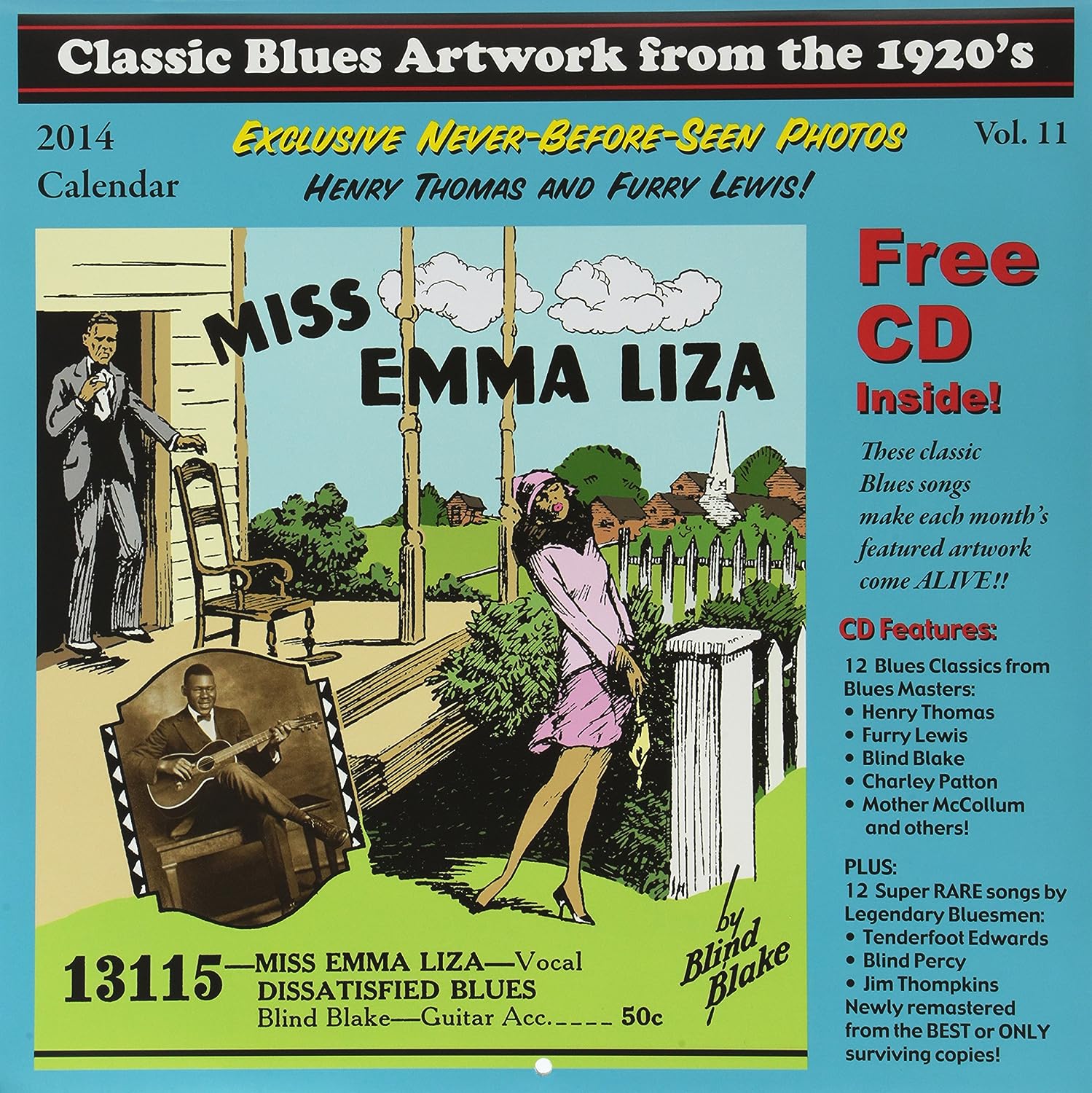 (LP-sized 12 month calendar with free CD) Our 2014 Classic Blues Artwork from the 1920's Calendar with free CD has broad appeal to anyone interested in Blues music or history. Within its pages is a huge treasure trove of original Blues artwork from the earliest days of recorded Blues history. In addition, each calendar contains a free CD that cleverly matches up each month's artwork with the original recording it advertises. These songs make the calendar come alive! This year's CD has a total of 24 tracks: 12 Blues classics from Blues masters Henry Thomas, Furry Lewis, Blind Blake, Charley Patton, Mother McCollum and others as well as 12 super rare songs by legendary bluesmen Tenderfoot Edwards, Blind Percy and Jim Thompkins.

Moon PopSockets PopGrip: Swappable Grip for Phones Tablets: I know this if off topic but I'm looking into starting my own blog and was wondering what all is needed t...