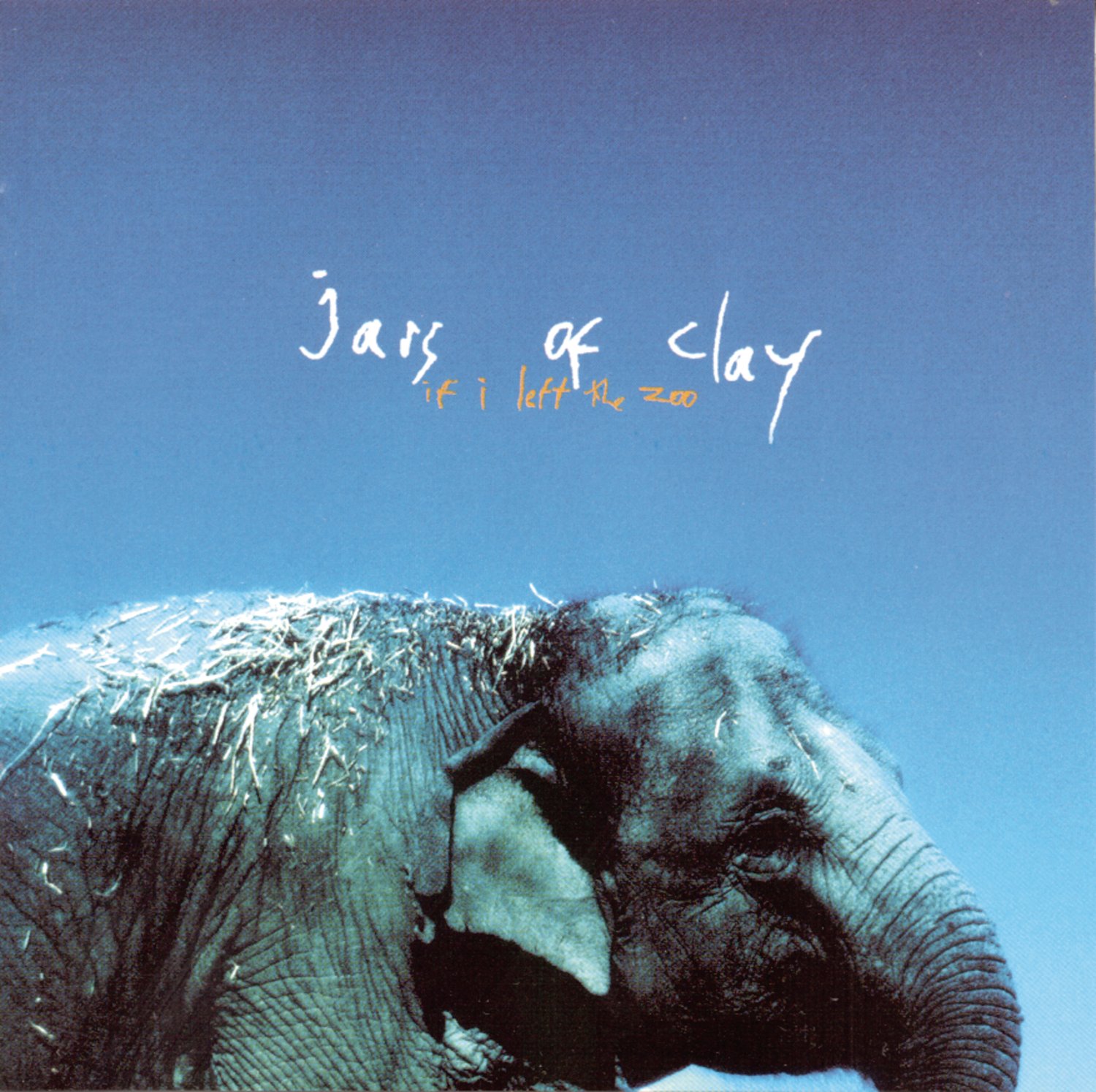 Jars Of Clay ~ If I Left The Zoo

Jars of Clay admirably stretched the boundaries of Christian pop music when their self-titled debut scaled the charts in 1995. Two releases later, the group's peculiar yet appealing brand of alt-acoustic-Christpop remains a study in irony: relatively simple on the outside, brooding and introspective on the inside. "i"If I Left the Zoo returns to form with a renewed focus on songwriting; the disc is a stripped-down and more organic effort than the richly layered but equally rewarding "i"Much Afraid (1997). The opening song "Goodbye, Goodnight," with its lighthearted accordion and mandolin, quickly sets the tone. While the tune itself is a sprightly sing-along, lyrically the Jars hit you with end-of-the-millennium social commentary ("Raise a glass for ignorance / drink a toast to fear / The beginning of the end has come / that's why we all are here"). The oddly attractive "Unforgetful You," the bittersweet "Famous Last Words," and the melodic rocker "Can't Erase It" are sure-fire radio hits. While the playful, digestible quality of the band's music is undeniable, they've become equally effective as songwriters for a generation. --Michael Lyttle

Asra Crystal Chakra Balancing Coaster and Positive Energy Genera: I know this if off topic but I'm looking into starting my own blog and was wondering what all is needed t...